Mike Birbiglia – What I Should Have Said Was Nothing 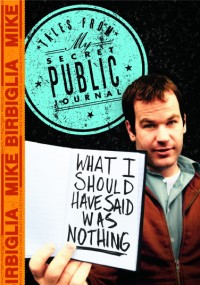 Mike Birbiglia explains a few years ago my therapist suggested I keep a journal of the awkward moments occurring in my life. Around the same time audiences were demanding more material, so I started sending this journal to my mailing list and then telling the stories instage. Somehow this turned into a Comedy Central Special and now its all contained on this DVD, including m,aterial from My Secret Public Journal Live CD, the Best of Two Drink Mike, and an exclusive tour documentary. I have problems. Painful, hilarious problems that I hope you will enjoy.