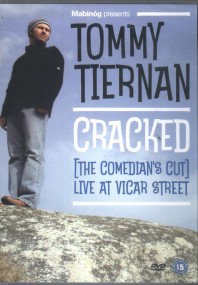 “We’re in the hands of a master here” – The Guardian

“He takes the audience by the hand and leads them into the devilish wonderland of his mind – breathtakingly good!” – The Independent

“Perfect in its furious execution – if only all stand-up were this good” – Chortle.co.uk